My art can be difficult to define. It’s been called environmental art, beach art, found-object sculpture and recycled art. I combine locally beach-combed objects to create layered wall hangings, sculpture and outdoor installations. Weathered rope, painted wood, fishing floats, plastic and other flotsam are the raw material for my work. I am self taught and inspired by many art forms including outsider art, traditional and contemporary Indigenous art, sculpture, and word art. 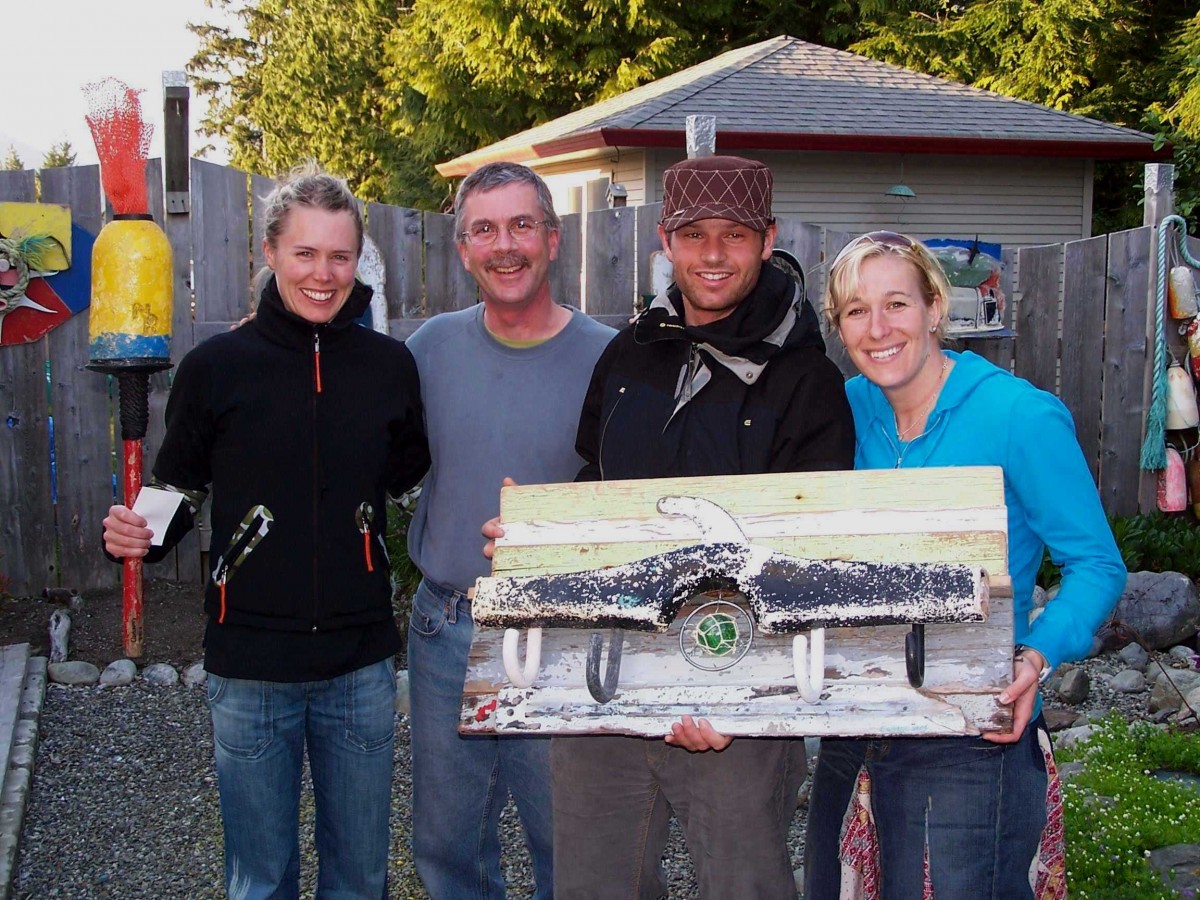 Making art from marine debris came about shortly after I moved to Tofino to work as a park warden at Long Beach in Pacific Rim National Park. I love beachcombing, but was unprepared for the volume and variety of marine debris washing up in the park.  After spending most of my life working in some of Canada’s most pristine wilderness areas, it was a harsh awakening. Yet, as I sifted through the bizarre assortment of flotsam and jetsam, I was often struck by the inherent beauty of the objects I was finding.

Each object has it's own story, it's "life experience". Once adrift, the object is transformed by the ocean, experiencing what Shakespeare described as "...a sea-change into something rich and strange".  As I search out the debris I'm presented with a vibrant palette of colours, textures, shapes, and patterns. If an object really inspires me, I pack it back to my studio where it’s cleaned and sorted and mentally filed away. Working with the objects I become even more fascinated by the way they've been worn and weathered. In my mind, they are elevated beyond the mundane and I try to capture that sense in my work. 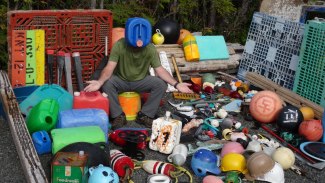 Working with found objects provides me with a multitude of stories. There's the object's history - who it's come into contact with and what purpose it's served. It's journey -  where it was going and what it was intended for. The environmental story and it's interaction with the ocean. The artist’s story – what it means to me and why I chose to use it. Finally, there's the viewer's story, and how it relates to their experience.

With so many stories to tell, I try to present the objects as found, with minimal modification, applying them as you would a colour or brush stroke. As sculpture, each work is meant to create an illusion that the individual object was destined for its role in the broader work. To that end, I layer the work so that the various attachment points are hidden, further minimizing any visual clues that might interupt the illusion. My hope is that by providing unfettered access to the piece and it's many stories, the work will create its own dialogue with the viewer.

The central theme of my work is art, the environment and the inherent stories unique to found objects. Most of the objects have been collected by me from the shores along Vancouver Island’s outer coast. The daily debris delivered by the tide never ceases to amaze me. Each piece tossed and turned in the ocean, rounded and worn by the elements. On one level it wounds me that the world is so overcome by debris, and yet I am often inspired by its sublime beauty, and the reminder it carries that we are all connected.