One of the surprising legacies to come out of the 2011 Japanese Tsunami tragedy is the attention it's brought to marine debris. Time will tell whether it has a lasting impact, but for now it has caught the global public eye and generated greater awareness of the problem. There's been a lot of inaccurate reports linking much of the marine debris being found to the tsunami. In this area we've noticed an increase in certain types of debris such as styrofoam, large floats, and house timbers, but the bulk of the debris is still mostly stuff that's (sadly) regularly found in the Pacific. 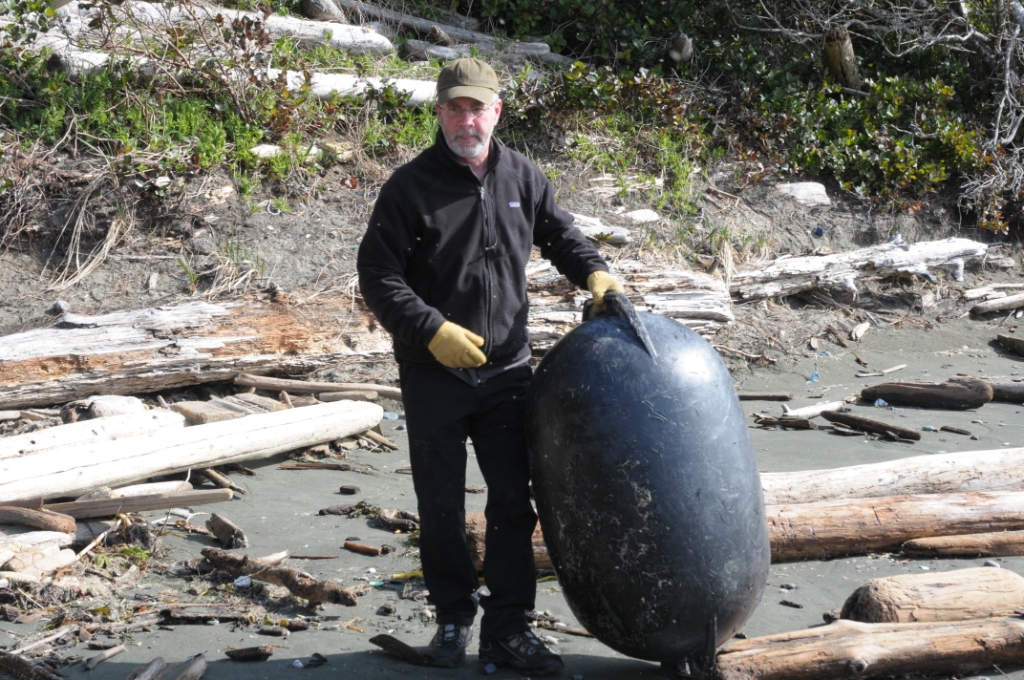 The first wave of Tsunami debris started arriving at Long Beach during the winter of 2011-12. The large high floating objects came first, taking less than a year to cross the Pacific. We found dozens of these black floats along the 120 km park coastline. They came from one of the many Oyster farms along the Japanese coast that were destroyed by the Tsunami. I incorporated one of these floats into the Float’em Pole. It was the final piece I needed. 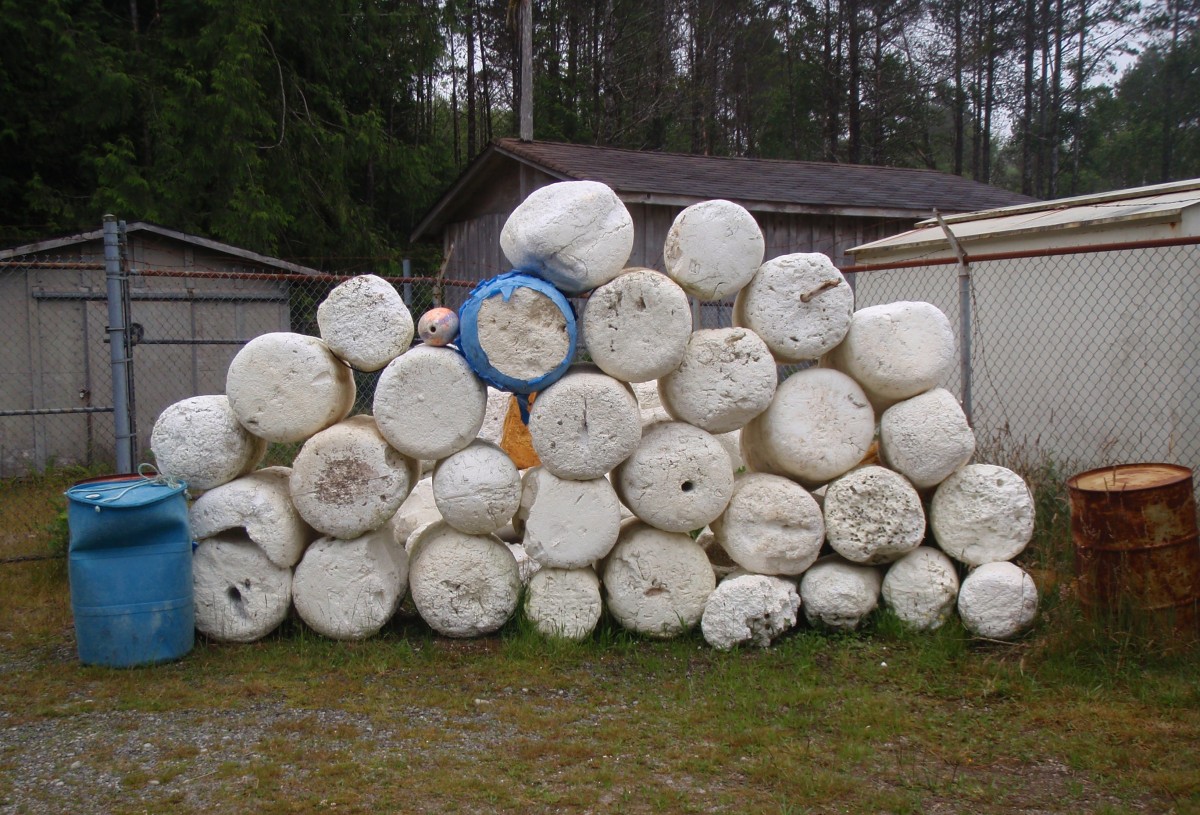 The most common tsunami debris showing up so far has been these large cylindrical blocks of Styrofoam. Many came wrapped in a blue tarp, making them look like plastic blue barrels from a distance. Hundreds of these washed up in the park during the winter of 2011-12. I’ve heard reports from beachcombers of similar concentrations extending along the coast from Washington to Alaska. All told, there must be thousands out there. Like the black plastic floats, they are from Japanese aquaculture farms impacted by the Tsunami.

Click here if you want to see more pictures of tsunami debris.

During the 2012-13 winter, I went beachcombing after a big storm and found a beautifully crafted timber beam. The woodwork on the beam was very detailed, with numerous hand-carved mortis and tenon joints. The timber was a solid piece of finished Douglas Fir about 6 “ thick and 10’ long with one end broken off. A colony of small barnacles covered the wood. I discovered a number of similar timbers on Long Beach that day, many of them broken in half. After seeing the devastating power of the tsunami on video I knew these must be remnants of Japanese homes destroyed by the tsunami. It was a very visceral connection to the tragedy, each piece with its own personal link to lives lost or forever changed. 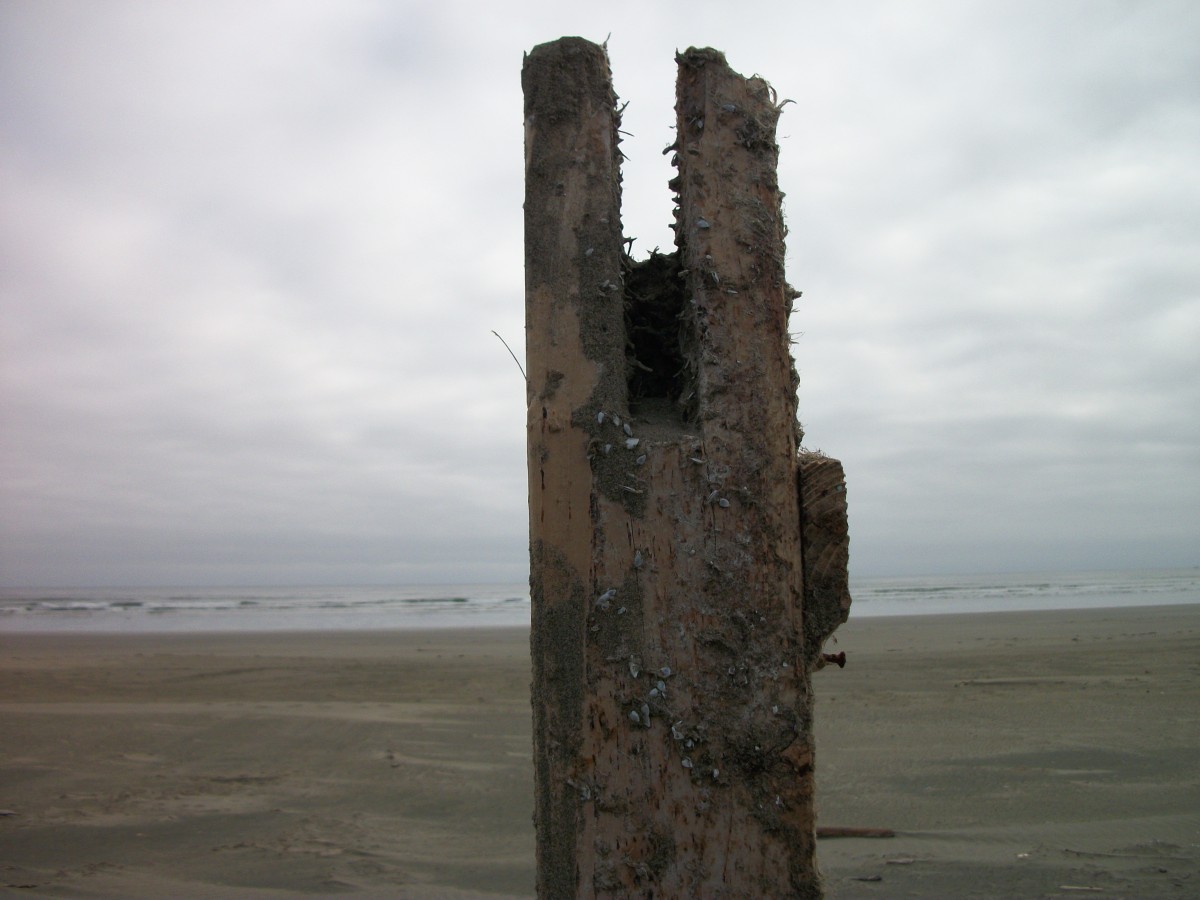 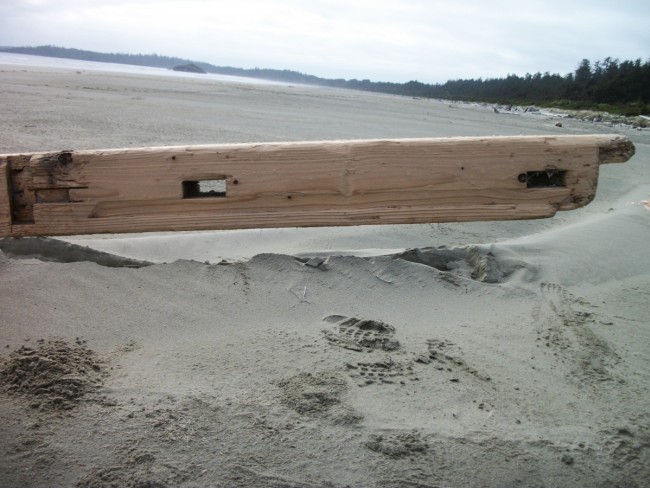 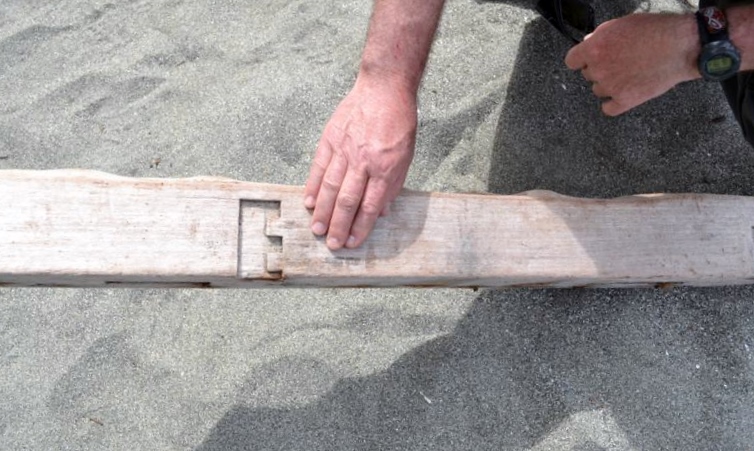 With help from friends and family I’ve been collecting the timbers in hope of incorporating them into a memorial of the tragedy. It’s very emotional to find these broken timbers scattered along the beach. They hold so many memories and dreams.